In Memory of Roy Hargrove

As a gawky high school freshman I was invited to do something really cool and join the high school jazz band. Our school district put freshmen at the junior high, so it was pretty neat to go to the high school a couple of times a week and play music with the upperclassmen. I was the only bass player in the high school system so it didn’t matter that I wasn’t any good; if they wanted a bass player they were stuck with me.

By my sophomore year I was practicing a lot and started to really enjoy jazz. By my senior year jazz band was my main activity and the thing that identified with more than anything else in my life. I was pretty good and played throughout college and even spent a few years playing professionally. Jazz is still a huge part of my life, and I happily claim to be the world’s nicest jazz snob. (I can’t help it if jazz is the greatest. Some things are just true!)

During those years in high school when jazz became so important to me, there was a group of musicians on the scene in New York who became known as the “Young Lions.” They played amazing music that revitalized and rejuvenated jazz, bringing many of the great musicians from the late 60s and early 70s (like Dexter Gordon) back onto the scene to play with them. They inspired a generation of jazz fans like me. Musicians like Wynton Marsalis, Joshua Redman, Christian McBride, Mulgrew Miller, Russel Malone, and Bobby Watson. Roy Hargrove was a giant among the lions.

I’ll never forget the evening at the Gem Theater when I watched Herbie Hancock, Michael Brecker, John Patitucci (one of my bass idols), Brian Blade, and Roy Hargrove perform as part of Herbie’s Directions in Music: Live at Massey Hall album tour. I went expecting to spend the evening in awe of Patitucci. I’ve always been a huge fan of Herbie Hancock. Brian Blade is my favorite living jazz drummer. Michael Brecker was an incredible jazz savant. But the thing that impressed me the most throughout the night was Roy Hargrove. On stage with jazz legends at the top of their instrumental fields, he outshone them all. His solos were amazing journeys of poetry and emotion, full of fire. I went in expecting to see one of my favorite bassists blow me away. I left deeply touched by Roy Hargove’s music.

Years later during a difficult time in my life I discovered the album Earfood. I spent many hours listening to it. More than any album since Joshua Redman it became an anchor that could bring me up when I felt down.

It’s shocking when someone dies so young. There was so much music left for him to play. 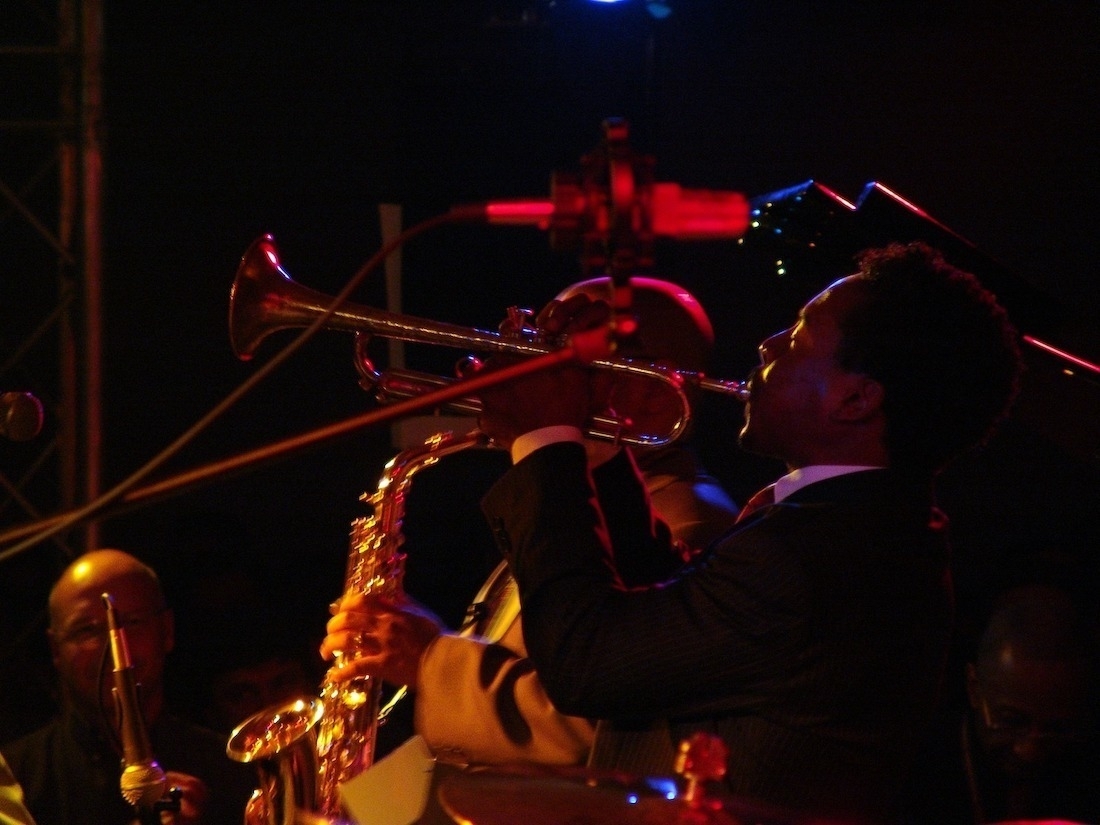