Fatherhood is one of the most difficult and noble acts in a man’s life. Not every man has the chance to be a biological father, but any man can act as like a father to the young men and women around him. Fathers are vital, on both a personal and a community level.

As a father of three, this is a bit terrifying. I worry that I will fall short or miss an important moment in my kids’ lives. These fears are natural. Rather than focusing on big moments, which we don’t know are coming until they’ve already arrived, we should focus on being great at small things that make huge difference when compounded over time.

This is one of the lessons I learned (and continue to learn) from my father. He is a great man who has always excelled at this. Most of the significant memories I have with him came in common moments as a result of years of consistent effort.

In The Gates of Fire, Steven Pressfield tells the story of the 300 Spartans who fought at Thermopylae. It was a suicide mission, but one that gave the rest of Greece time and motivation to defeat the Persian invasion. Here’s one of my favorite passages (emphasis is mine):

Nothing fires the warrior’s heart more with courage than to find himself and his comrades at the point of annihilation, at the brink of being routed and overrun, and then to dredge not merely from one’s own bowels or guts but from one’s own discipline and training the presence of mind not to panic, not to yield to the possession of despair, but instead to complete those homely acts of order which Dienekes had ever declared the supreme accomplishment of the warrior: to perform the commonplace under far-from-commonplace conditions. Not only to achieve this for oneself alone, as Achilles or the solo champions of yore, but to do it as part of a unit, to feel about oneself one’s brothers-in-arms, in an instance like this of chaos and disorder, comrades whom one doesn’t even know, with whom one has never trained; to feel them filling the spaces alongside him, from spear side and shield side, fore and rear, to behold one’s comrades likewise rallying, not in a frenzy of mad possession-driven abandon, but with order and self-composure, each man knowing his role and rising to it, drawing strength from him as he draws it from them; the warrior in these moments finds himself lifted as if by the hand of a god.

We need fathers in society to step to the plate and be men of influence. Not in public, flashy ways, but in quiet, consistent ways. We need fathers that “perform the commonplace under far-from-commonplace conditions.” Resolve to be one of those fathers!

And thanks, Dad, for being this kind of man. 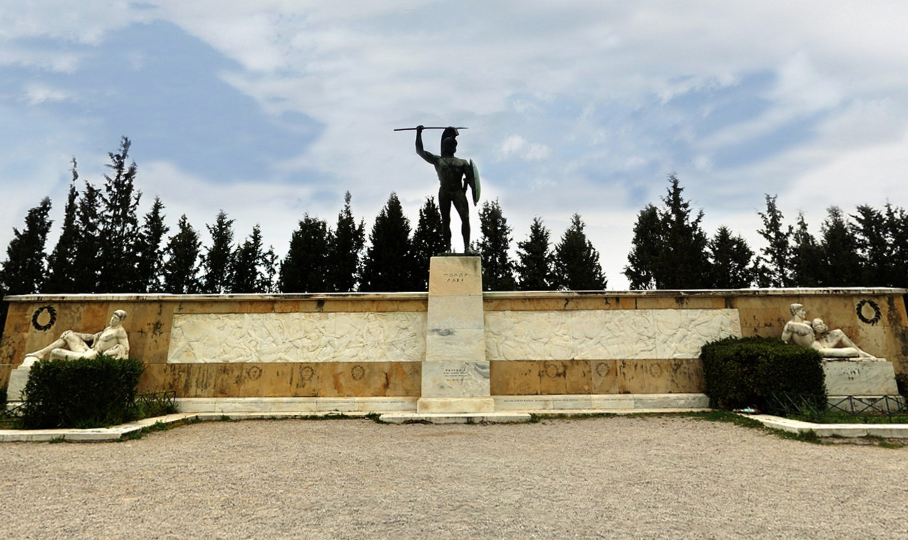